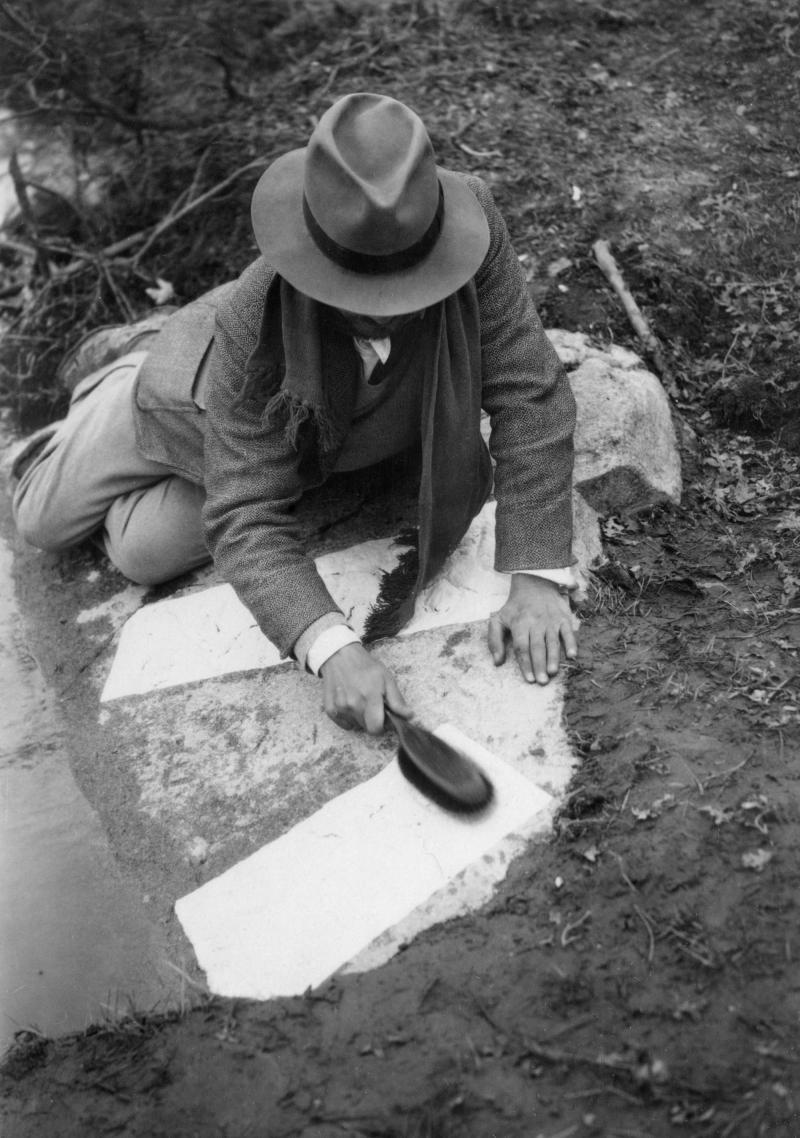 Christopher Cox was born in Hastings and educated at Clifton College. He undertook postgraduate research in Anatolia and was awarded a Craven fellowship followed by a position as fellow and tutor of New College, Oxford. In 1929 he developed an interest in the African colonies which led to a second career. In 1939 he was appointed educational advisor to the Colonial Office, where he went on to play a significant role in developing university provision in Africa during the period when Britain’s colonial empire was being dismantled.

The Turkish expeditions undertaken by Christopher Cox in the years 1924-31 brought to light a large number of previously unpublished inscriptions which provided the basis for no less than three volumes of the Monumenta Asiae Minoris Antiqua (MAMA) series, V (published in 1937, IX (published in 1988) and X (published in 1993). The records of these journeys survive in a substantial collection of diaries, sketches, photographs, lantern slides, maps, squeezes and other papers which are jointly held by the CSAD archive as well as the New College collection.

At the time of his first expedition to Turkey Cox was only twenty-five. He travelled with the Scottish epigrapher, W.M Calder, and the American diplomat and classicist, W.H. Buckler, completing a two-month odyssey through Iconium, Lycaonia, Isauria, Cotiaeum, Central Phrygia and the upper Tembris Valley. His diaries record the difficulty of locating inscriptions, which had often been incorporated into the fabric of dwellings as a building material, and the impatience of the team to locate, photograph, annotate, make a paper impression and move on, preferably without entering into lengthy negotiations conducted by the mudir (administrative official) or the zappich (gendarme) travelling with them.The results of this expedition were published in the Journal of Roman Studies XIV (1924).

Two subsequent expeditions followed; in 1925 surveying the area west of Cotiaeum with John R. Cullen, then a master at Winchester College and, in 1926, with Archibald Cameron, exploring the area from Cotiaeum southwards to Appia and the imperial estates of the upper Tembris Valley, with an extension westwards, to the area around Tavşanlı. The results of these two expeditions are published in Monumenta Asiae Minoris Antiqua (MAMA) IX and X.

In the Spring of 1931 the American Society for Archaeological Research in Asia Minor sponsored a final short visit, again with Archibald Cameron, this time in the territories of Dorylaeum and Nacolea in the Eskişehir vilayet.  The results of this expedition were eventually published in MAMA V.

The detailed images and written material Cox left offer not only a valuable resource for the study of Greek inscriptions in Asia Minor, but also a glimpse into the life, culture and landscapes of the region, and a superb record of the working methods of epigraphers in the early part of the 20th century.