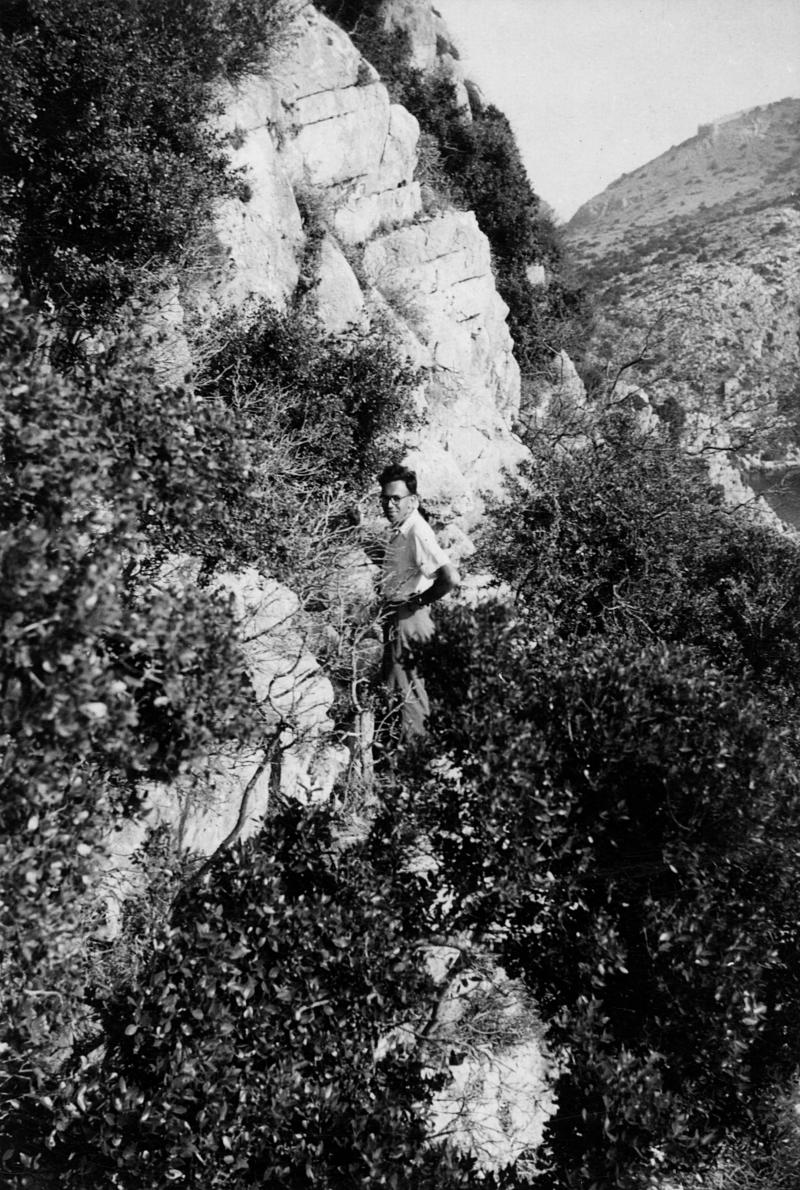 David Malcolm Lewis (1928-1994) was an outstanding ancient Greek historian and epigraphist, who spent the last thirty years of his life working on the first and second facsicles of Inscriptiones Graecae, which assemble the corpus of Athenian inscriptions to 403 BC.

Lewis was born in Willesden, Middlesex. His grandparents were part of the Jewish immigration from the Russian Empire between 1883-1900. He went up to Corpus Christi College, Oxford on a scholarship in 1945 and, after a spell of National Service, he was awarded a Craven Fellowship to study Attic inscriptions in Berlin, as well as at the magnificent collection of Attic squeeze impressions at Institute for Advanced Study (IAS) at Princeton, between 1951-1952. His research resulted in a dissertation (written in under five months), Towards a Historian’s Text of Thucidydes. On his return to Oxford he combined lecturing with research at the British School in Athens and at the city’s Epigraphic Museum. While in Athens, he became involved with the American excavations at the Athenian Agora and began collaborating with the American scholar, Benjamin Meritt, a friend from the former days at the IAS, who was responsible for publishing epigraphic material from the dig.  A series of publications in Hesperia, the Journal of the American School in Athens, was the result.

Lewis had wide ranging interests, he revised the Pickard-Cambridge Dramatic Festivals of Athens and was the editor of, as well as a substantial contributor to, Cambridge Ancient History. In 1962 he was approached by Professor Klaffenbach of the Berlin Academy with the request that he take on the monumental task of organizing the publication of the new edition of Inscriptiones Graecae I. It was an undertaking which would occupy him for the rest of his life. Nevertheless, he found time to publish Sparta and Persia in 1972, where he presented the evidence of the workings of the Achmaemenid gift economy from the ‘Persepolis Fortification Tablets’ to ancient Greek historians for the first time.

Lewis remained a strong advocate of the view that every branch of classical scholarship should draw upon the evidence of inscriptions. With characteristic understatement he remarked, “I am sure it is good for us to be made to wonder from time to time whether epigraphy exists.” The CSAD archive has his collection of squeezes, drawings, notes and photographs and it holds the Annual David Lewis Lecture in his memory.