Crossreads: text, materiality, and multiculturalism at the crossroads of the ancient Mediterranean 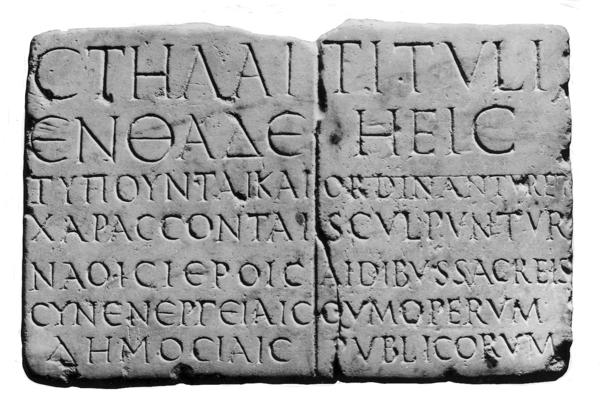 The new ERC Advanced Grant, Crossreads, led by Professor Jonathan Prag, will offer the first coherent account of the interplay of linguistic and textual material culture in ancient Sicily over a period of 1,500 years. Sicily was a multilingual, multicultural region at the crossroads of the ancient Mediterranean, colonised and invaded repeatedly by Phoenicians, Greeks, and Romans. History has traditionally prioritised the Greek and Roman literary texts, which themselves offer a strongly Helleno- and Romano-centric narrative, mostly written by outsiders, marginalizing the island and almost completely ignoring it after the Roman sack of Syracuse in 212 BC. However, the native and immigrant inhabitants did write for themselves, and those texts survive, engraved on a variety of durable materials – the practice of epigraphy. These texts, on stone, ceramic and metal embrace a broad socio-economic range, across public and private life.

Building upon the I-Sicily project, which was developed over a number of years with the support of the Oxford University John Fell Fund, Crossreads will bring all these inscribed objects together in a comprehensive, open-source, digital corpus, using international standards (TEI-EpiDoc and IIIF) to encode text, images and contextual data. The project will pioneer new digital tools in palaeography and linguistic annotation and offer the first petrographic analysis of the use of stone on the island.