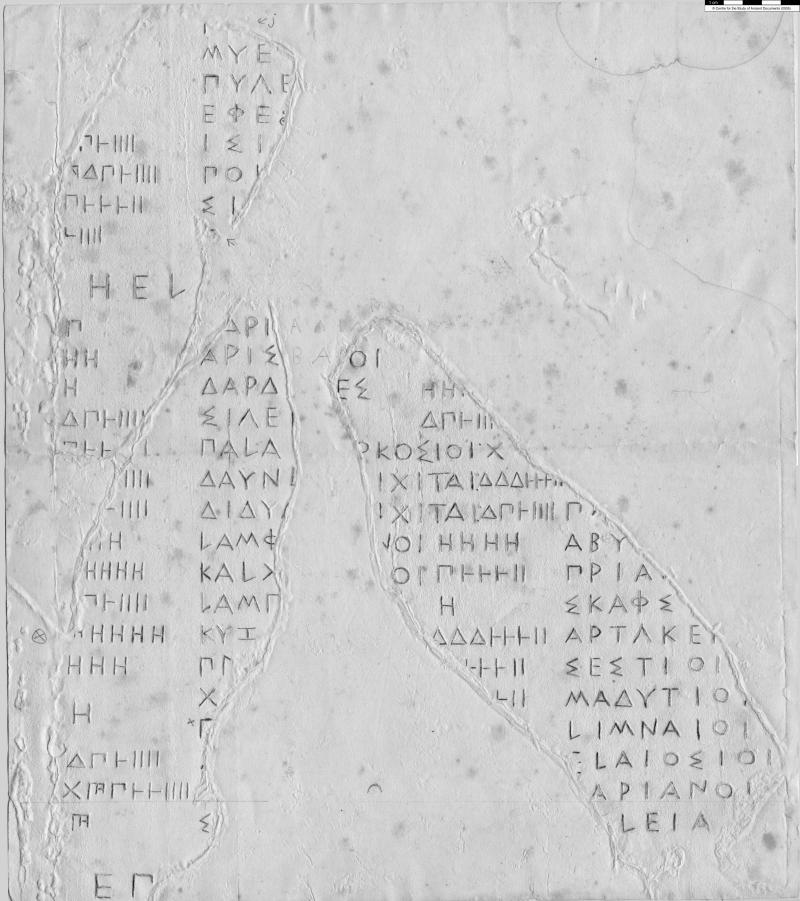 Known to many ancient historians for his work on the Athenian Tribute Lists, Henry Theodore Wade-Gery (1888-1972) was educated at Winchester College and at New College, Oxford. After graduating with a First in Classics in 1911, he briefly entered the Home Civil Service, before enlisting with the Oxford and Bucks Light Infantry at the outbreak of the First Word War. During the following years, he served with the 19th Lancashire Fusiliers on the Western Front and was award the MC in 1916.

After the war, Wade-Gery returned to Oxford, first as Fellow at Wadham College and later as the Wykeham Professor of Ancient History at New College. On his retirement in 1953, he became a Research Fellow at Merton College.

ThroughoutWade-Gery’s career, his extensive travels informed and influenced his scholarship on the history, archaeology and epigraphy of ancient Greece. During his second visit to Greece in 1927, he met the archaeologist Vivian Whitfield. Their engagement quickly followed, and they were married in 1928. The CSAD archive holds part of their correspondence, as well as seventy-five squeezes, some epigraphic notes and lecture notes.