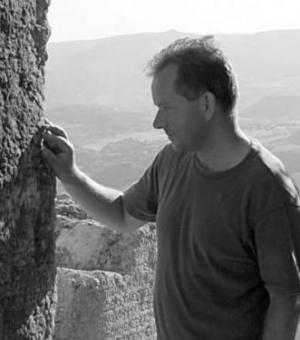 Associate Director of the CSAD

My research interests are in Hellenistic Greek history, in particular the history of institutions, and more generally in Greek and Latin epigraphy. I have worked closely with Professor Alan Bowman in a series of projects involving Information Technology to improve the reading and decipherment of ancient documents written on wood, lead, stone and other surfaces.

After a state grammar school education I read Classics at Corpus Christi College, Cambridge (1977-80). I have an M.A. in Classics from the University of Cincinnati (1984) and a Doctorate in Ancient History from King's College London (1990). I have taught at King's College London and the Institute for the History of Ancient Civilizations in Changchun, P.R. China. I have been working in Oxford since 1994 and have been at the CSAD since its establishment.

“The Dionysia at Iasos: its artists, patrons and audience”, in The Greek Theatre and Festivals. Documentary Studies (OUP 2007), 294-334