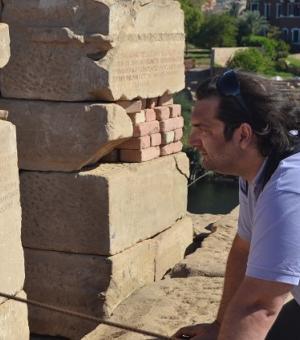 My research interests lie in the history and archaeology of the Hellenistic and Roman Alexandria, focusing on issues of identity, ideology and cross-cultural interaction. From 2009 until 2013, I worked in Alexandria,  as a researcher  at the Alexandria and the Mediterranean Research Centre and as a  lecturer at the Bibliotheca Alexandrina. I have taught courses in history and archaeology of Alexandria and Egypt, while being author or editor of several publications, including a new series of catalogues for the Graeco-Roman Museum of Alexandria. I served  as the scientific advisor for two recently inaugurated Archaeological Museums in Alexandria and Cairo, and participated in under water excavations in the submerged coastline of Alexandria. Since 2014, I have been working as researcher and co-editor on the Corpus of Ptolemaic Inscriptions from Egypt (CPI) project, based in the Centre for the Study of Ancient Documents. I am currently beginning a new project to digitise the Hellenestic inscriptions from Cyprus.