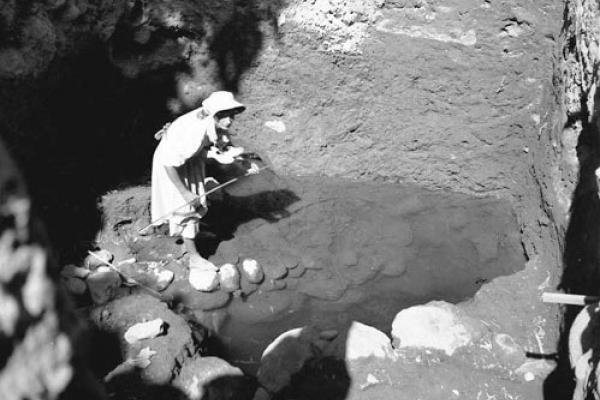 The Anne Jeffery Archive - a resource for studying the development of the Greek alphabet.

The Anne Jeffery Archive is a collection of papers and photographs assembled by L.H. Jeffery (known as "Anne Jeffery") throughout her working life. It was bequeathed to the Faculty of Literae Humaniores at Oxford University on her death in 1986 and comprises one hundred foolscap folders, two "scribbling diaries" and one large tin of photographic negatives.

The section of the archive relating directly to the production of The Local Scripts of Archaic Greece ("LSAG") has been catalogued and digitised, as part of a programme of work (Script, Image and the Culture of Writing in the Ancient World) funded by the Andrew W. Mellon Foundation. This portion of the archive amounts to about five thousand pages of notes filed in seventy-seven of the folders. The notes themselves are typically written in pencil and include observations, bibliography, transliterations and drawings of epigraphic documents. The drawings, of which there are roughly four thousand in this section of the archive, are of particular interest. Many are originals and in numerous cases the images sketched by Jeffery give a clear impression of the three-dimensional context of a given piece of ancient writing. This is all the more true when the drawings are combined with photographs from the archive, about six hundred of which concern texts catalogued in LSAG.

The papers and photographs in the Anne Jeffery Archive complement and enrich LSAG. They add substantially to the brief entries on individual inscriptions in the book. The aim of this project is to make the archive available as a new resource for studying the development of the Greek alphabet.