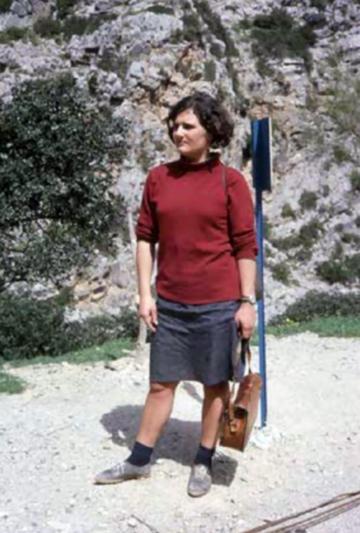 Susan Sherwin-White (1945-2016) was a widely respected ancient historian whose research interests came to focus on the history and epigraphy of the island of Cos and of Seleucid Mesopotamia.

After graduating from Lady Margaret Hall, Oxford Susan Sherwin-White wrote her doctorate on the history of ancient Cos. Her research took her initially to the British School of Athens. Following the publication of Ancient Cos: An Historical Study of the Dorian Settlement to the Imperial Period (1978) she took up a post at Bedford College, London. As her research interests broadened to embrace the Seleucid Near East she collaborated, first, with Charlotte Roueché on the publication of an important group of inscriptions from the island of Failaka, and later with the Mesopotamian scholar, Amélie Kuhrt, at UCL. Working with Kuhrt she ran an international seminar at the Institute of Classical Studies on Hellenism in the East. The resulting publication, Hellenism in the East: The Interaction of Greek and non-Greek Civilisations from Syria to Central Asia after Alexander (1987), challenged the prevailing view that civilisation had travelled from the West to the Orient by demonstrating how the Hellenistic state had been grafted upon pre-existing institutions. The merging of Bedford College with the Royal Holloway in 1985 prompted her to take up a new career as a child psychotherapist. Nevertheless, she continued to work with Amélie Kuhrt to write up her notes on the Seleucid Empire, and From Samarkand to Sardis: A New Approach to the Seleucid Empire was published in 1993. She gave her notes, photographs and squeezes to the CSAD in 1996.