Ancient Coinage as Related Cultural Heritage: A project to develop a new online portal for the study of Greek coinage 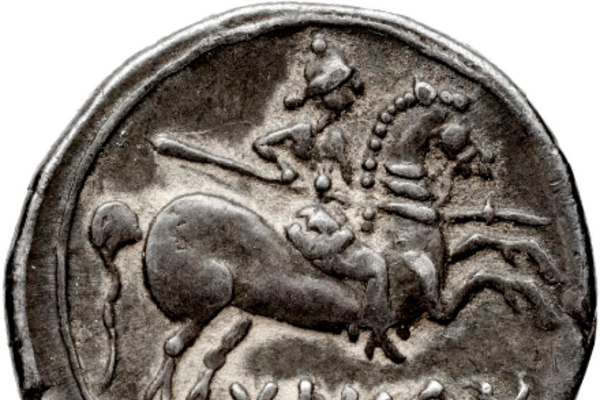 Online Greek Coinage - the ARCH Project
Ancient Coinage as Related Cultural Heritage: A project to develop a new online portal for the study of Greek coinage

Ancient Coinage as Related Cultural Heritage: A project to develop a new online portal for the study of Greek coinage

ARCH is a collaborative project between CSAD at the University of Oxford, the Bibliothèque nationale de France (BnF) in Paris and the Department of Archaeology at the University of Valencia, to create an online portal for Greek coinage. It will establish, for the first time, an overarching platform for the study, curation, archiving and preservation of the monetary heritage of the pre-Roman world. Using the newly developed nomisma.org knowledge organisation system, ARCH will build a unified portal across multiple online typological resources currently under development, as well as designing a skeleton typology for the whole of the remainder of Greek coinage.

As a proof of concept, ARCH is developing one geographical focus – pre-Roman Spain and southern Gaul – with an online reference tool (monedaiberica). This will draw upon public collections and objects in commerce, for a programme of research designed to exploit the opportunities offered by its Linked Open Data infrastructure. The research will examine questions of monetary and cultural connectivity and interaction across the borders of Spain and France in antiquity, in collaboration with leading scholars in the field of this geographical area, and monetary and cultural history, working with Associate Partners based in Paris, Orléans, and Valencia.

To mark the launch of Greek coinage online Andrew Meadows will be hosting a conference at  New College this March.

Communities, identities and mobilities across the Pyrenees
(5th-1st century B.C.)

9.15-9.40. Pierre Moret – Introduction. The Pyrenees in the Greek and Roman representations of Western Europe, from Herodotus to Pliny the Elder

14.30. Alexandre Bertaud, Raimon Graells i Fabregat - Warfare networks through the Pyreneans from 5th to 1st century BC

14.55. François Cadiou - The Pyrenees in the wars of Republican Rome (3rd-1st century BC)

15.35. Carles Padrós, Oihane Mendizabal, Elena Torregaray - New contributions on the beginnings of the Roman occupation of the Pyrenees: the role of the roads

9.25. Emmanuelle Meunier, Argitxu Beyrie, Jean-Marc Fabre - Mining in the Pyrenean area between the 5th and 1stcenturies BC

9.50. Thibaud Poigt - Weighing practices on both sides of the Pyrenees during the Iron Age

11.00. Charles Parisot-Sillon –Monetary activities, metallic circulations and connectivity on both sides of the Pyrenees (2nd-1st centuries BC)

11.25. Eneko Hiriart, Élodie Paris, Vincent Geneviève – Coinages and monetary dynamics between the Ebro and the Charente